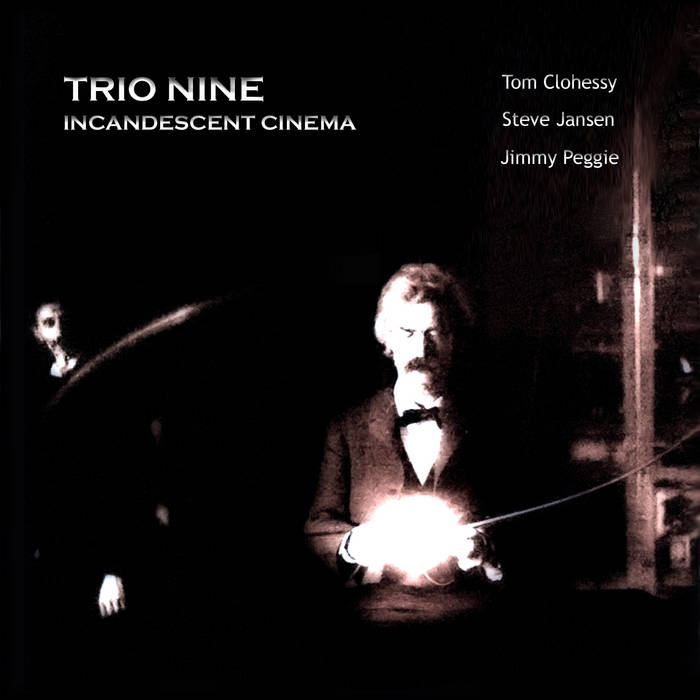 Field recordings from Africa, extended viola de gamba loops, and jazz guitar passages that cut through the experimental-with-a-purpose soundscapes. These are just a few of the sounds showcased on Incandescent Cinema, the debut LP by Phoenix, Arizona-based Trio Nine.

The three-piece’s album is an extension of a multi-year weekly steady that the group has played at a downtown Phoenix venue, that, as one reviewer wrote during the band’s CD-release show, sounds “’experimental’ [but] with a tangible and visible character present.” Trio Nine's sound has also been dubbed the consummate score for a David Lynch movie or a decaying silent film.

Incandescent Cinema -- which was discovered, excavated, and molded over the group's two-year-plus history -- is an extension of the trio's live collaborations. The record emphasizes unfurled drones, seasoned tenor saxophone and guitar quotations, and other sonic tools such as tape manipulation.

Over the album’s 45 minutes, electroacoustic emissions of the compositional and improvised types are showcased on tunes such as “Here's the Number,” which features a maniacal Ghanaian preacher (captured on site in the West Africa country by one of the Trio Nine members) as the song’s blurred-line foundation. Then there are numbers such as the closing “Into the Lost Lands,” a dirty/pretty track chock-full of straight-ahead and vanguard sounds sculpted by traditional instruments and found objects.

Bandcamp Daily  your guide to the world of Bandcamp

Guest hosted by Tamar Osbourn aka Collocutor and Toshio Matsuura.